An Analysis of The Gospel of Barnabas

The Gospel of Barnabas

Many of the fundamental beliefs of Christianity which have been for many centuries taken on blind faith (those which differ from the beliefs of Muslims) are now beginning to be challenged by some of the foremost scholars and religious leaders of Christianity today.

An example of this can be found in the British newspaper the "Daily News" 25/6/84 under the heading "Shock survey of Anglican Bishops" We read that a British television pole of 31 of the 39 Anglican Bishops in England found 19 to believe that it is not necessary for Christians to believe that Jesus (pbuh) is God, but only "His supreme agent" (his messenger) as taught by Muslims for 1400 years now and testified to by John 17:3 "And this is life eternal, that they might know thee the only true God, and Jesus Christ, whom you hast sent." These are not ignorant men, nor are they Muslims. They are eminent Christian scholars who have dedicated their lives to their religious studies, and the study of the Bible and the various discrepancies to be found therein. It is the scientific and logical research of these men into the Bible and other ancient works of the Christian society (in the light of modern knowledge) which is driving them ever closer to the beliefs of the Muslims with every passing day. By Christian standards, these people have everything to lose and nothing to gain by such statements. It is very easy to casually brush off the lifelong study of some of the most eminent scholars of Christendom and label them men of ignorance and proudly claim to be more knowledgeable than them without bothering to study their findings. It is much harder to take the time to study the evidence that drove them to this conclusion. In this book we have presented extensive historical and scriptural evidence in both the Bible and the Christian writings of the first six centuries C.E. which drove these men to their conclusions.

Some people have been commanded to believe blindly in certain matters and never ask questions. Others will insist on giving every single verse of the Bible which contradicts their personal beliefs an "abstract" meaning. When in doubt they say "what the author wrote is not what he meant" and then they proceed to give you their personal interpretation totally side-stepping the obvious meaning of the verses in front of them. No matter how much evidence is presented they are perfectly willing to explain it all away with abstract meanings. On many occasions they don't even bother to analyze their own abstract meanings to see if logic, or the Bible, support them. That is their choice, our job is only to show them the evidence. It is up to them to accept or reject it. "Say: O people of the Scripture! Stress not in your religion other than the truth, and follow not the vain desires of folk who erred of old and led many astray and diverged from the straight path" Qur'an, Al-Maidah(5):77.

When Jesus (pbuh) was among his people, preaching the command of God, he was abused, ridiculed and denigrated. All manner of accusations and propaganda were leveled against him. He was called a liar, a wicked physician, a offspring of adultery, and many other allegations in an effort to dissuade his people from following him. The enemies of God were so bold in their campaign of slander against him that they even went so far as to fabricate lies and slanderous atrocities about his childhood. However, this was to be expected. Indeed, this was the lot of all of the prophets of God since the beginning of time.

In a similar manner, to this day when Islam and Muslims are portrayed in the Western media it is only under the headings of terrorism, extremism, and fundamentalism. Seldom, if ever, is the other side of the story given equal, if any, time. Those who fight so continuously to spread such misconceptions realized that with enough continuous bombardment of such concepts, the masses will eventually come to accept them as "known fact."

As a result of this, when a Muslim quotes from the Qur'an, he is usually perceived as propagating terrorism and heathenistic ungodly violence or similar matters and no one is willing to listen to him. If he quotes from the studies of Muslims, even Christians who have converted to Islam, his words are considered biased and worthless. Even if eminent Christian scholars, unbiased scientists, and the Bible itself are quoted, the Christian scholars are labeled "liberals," and thus unworthy, the scientists as mistaken, and the Biblical verses as not meaning what they say but rather having abstract meanings.

"They are not all alike. Of the people of the book are a portion whom stand (for that which is right), who recite the revelations of Allah throughout the night while prostrate (before Him)" The Qur'an, A'al-Umran(3):113.

The choice of the present four Gospels (including the writings of St. Paul who is credited with single-handedly writing the majority of the books of the New Testament) was imposed in the conference of Nicea 325 AD under the auspices of the Pagan Emperor Constantine for political reasons. Literally hundreds of gospels and religious writings were considered "Apocrypha" (which actually means "hidden from the people") and destroyed. Some of these were written by disciples of Jesus (pbuh), and not disciples of disciples who had never met Jesus (pbuh), such as Paul. If they were not more authentic than the current selection then they were at least of equal authenticity. Some of these are still available, such as the "Gospel of Barnabas" which agrees with the Qur'an and even mention Muhammad (pbuh) by name. Modern discoveries such as the discovery of the dead sea scrolls (Qumran scrolls) have also confirmed the claims of the Qur'an (such as their claim that no nail shall touch the Messiah). The most ancient copies of the Greek Gospels available today date fully three to four centuries after the departure of Jesus (pbuh). The Dead sea scrolls, coincide historically with the time of John the Baptist. They were quickly dated from the 2nd century BC through the 1st century AD by the script in which they were written and by archaeological investigations of the settlement near the Qumran caves. They were discovered alongside the most ancient copy of the Old Testament available today.

In an effort to defend the teachings of the current Greek gospels, Mr. F.F. Bruce has the following to say in his book "The New Testament documents. Are they reliable?": "It is worth mentioning here that striking affinities of thought and language have been recognized between the Gospel and the Qumran texts. These affinities must not be exaggerated; the Qumran literature comes no where near presenting us with such a figure as the Jesus of this Gospel (John)" (emphasis added).

Any Christian scholar of Christian history will readily confirm that after the famous council of Nicea (325 AD), the church of St. Paul (The Roman Catholic Church) selected out of the over three hundred Gospels in their possession the four that most closely conformed to their doctrines. All others, including the Gospel of Barnabas, were ordered completely destroyed. They also ruled that all Gospels written in Hebrew were to be destroyed. An edict was issued that anyone found in possession of an unauthorized Gospel would be put to death. Countless numbers of Christians were then systematically killed as heretics and burned at the stake if they maintained their belief in the divine Unity of God and did not conform to the innovative teachings of Paul. It is well known that this practice continued until at least the year 1616 AD.

In 478AD, the fourth year of Emperor Zeno, the remains of Barnabas were discovered and there was found on his breast a copy of the Gospel of Barnabas written by his own hand. (Acia Sanctorum Borland Junii Tom II, pages 422 and 450. Antwerp 1698) The famous Vulgate Bible appears to have been based upon this Gospel.

Among the early Christians was a man named Iranaeus (130-200 AD). Iranaeus was among the followers of the teachings of the apostles and, like the first Christians before him, a believer in the divine unity and not in the new Pauline doctrines. Iranaeus dedicated his life to the liberation of the Christians from the tyranny that was meted out to all those who did not accept the Pauline doctrines. He bitterly criticized Paul for having injected the doctrines of the pagan Romans and Platonic philosophy into the religion of Jesus. He was witness during his lifetime to massive efforts to mute all opposition to Paul's church through the murder of all who opposed him, such as Pothinus, Bishop of Lyons. Iranaeus himself was finally murdered in 200AD for his outspokenness against Paul and his church.

Iranaeus wrote extensively during his lifetime, and in his writings he quoted extensively from the Gospel of Barnabas. In the sixteenth century AD. a close friend of Pope Sextus (1589-1590) called Fra Marino, became extremely interested in the writings of Iranaeus. One day he was invited to visit the Pope and lunch with him. After eating with him, the Pope became drowsy and fell asleep. Father Marino took to browsing through the various books and manuscripts in the private library of Pope Sextus and happened upon an Italian translation of the Gospel of Barnabas. Father Marino concealed it in his sleeve and left the Vatican with it. This Gospel passed through many hands until it reached the hands of "a person of great name and authority" in Amsterdam "who during his lifetime, was often heard to put a high value on this piece." After his death, it came into the possession of J.E. Cramer, Councilor of the King of Prussia. In 1713, Cramer presented this Gospel to the famous connoisseur of books, Prince Eugene of Savoy. In 1738, the library of the Prince, including this Gospel was incorporated into the Hofbibliothek in Vienna where it now rests.

Only the popularity of this copy of the Gospel of Barnabas saved it from the fate of most other copies. Most copies of the Gospel of Barnabas had a tendency of mysteriously disappearing into oblivion. This was the case with a Spanish copy which mysteriously disappeared from the Collage Library in England around the same time period. The Gospel of Barnabas was translated into English by Mr. and Mrs. Ragg and published in the Clarindon Press in Oxford in 1907. In 1907, Oxford Press published this work but mysteriously, all copies disappeared from the market. Only two copies are known to have escaped. One copy is housed in the Library of Congress in Washington, DC. The other is located in the British museum. A new printing has been made off of these copies and this printing is available today.

Some quotations from the Gospel of Barnabas:

In reply to a question by Philip, Prophet Jesus said: "God alone hath no equal. He hath had no beginning, nor will he ever have a end, ... He hath no sons, nor brethern, nor companions." (Gospel of Barnabas:17).

"... Verily ye have erred greatly, O Israelites, in calling me, a man, your God. ... I confess before heaven, ... that I am a stranger to all that ye have said; seeing that I am man, born of a mortal woman, subject to the judgment of God, suffering the miseries of eating and sleeping, of cold and heat, like other men,. Whereupon when God shall come to judge, my words like a sword shall pierce each one (of them) that believe me to be more than man," (Gospel of Barnabas: 93).

Regarding the apostle Barnabas, the Bible commands: "if he comes to you, receive him." The Bible, Colossians 4:10 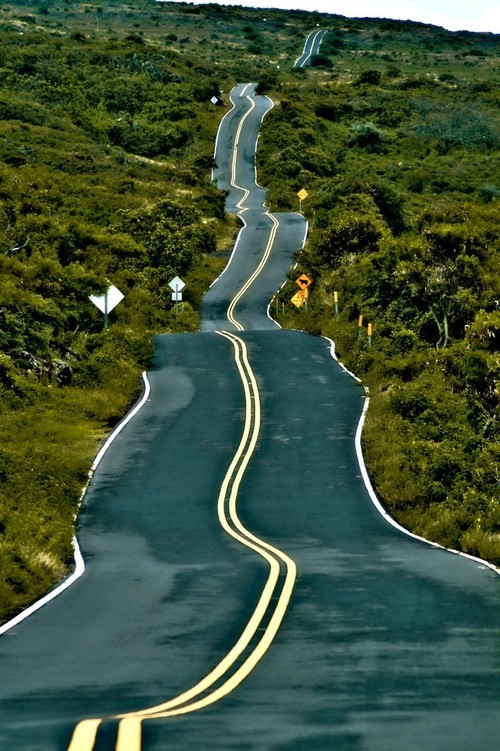 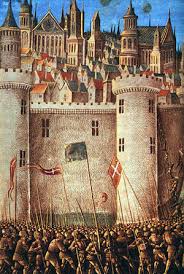 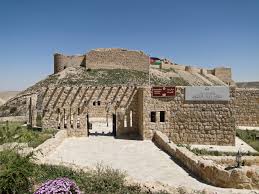