And he shall rule them with a rod of iron; as the vessels of a potter shall they be broken to shivers; even as I received of my Father. Revelations 2:27

Up to the fifth century AD Christians seem to have an inkling that there was something morally questionable about torture and killing. Christian torturers and executioners generally delayed their own baptism until just before death. The Church assured them that any sins of which they might have been guilty were thus washed away, and no lasting harm was done to their immortal souls. For the next thousand years and more, when Christianity was at the height of its power, the Church regarded brutality and killing as perfectly acceptable, and no such precautions were thought necessary. Mutilation, branding and flogging were commonplace. The Church found it acceptable for people to be flogged for the most trivial offences, even for things that are not now considered offences at all. Amongst them were vagrancy, drunkenness, drinking on a Sunday, having an illegitimate baby, even for contracting smallpox.

Torture had been used as punishment and as a method of eliciting information in ancient times, but thinkers like Seneca and Cicero had recognised both its injustice and its futility as a means of discovering the truth. Such ideas did not impress Christians, and as we shall see (The Inquisition page 364) the Church was responsible for introducing torture into almost all European penal systems, without any of the original roman safeguards. .

In England the provisions of Magna Carta (which had been denounced by the Church) had been interpreted as representing torture to be abhorrent to the principle of English freedom, and the Common Law did not permit its use . When two Inquisitors were sent to England in 1310 to extract confessions from Knights Templars, they insisted on using torture . The king allowed some torture to be applied "according to ecclesiastical law", but apparently not enough to satisfy the Inquisitors. The Pope wrote to the King:

We hear that you forbid torture as contrary to the laws of your land; but no state can override Cannon Law, Our Law; therefore I command you at once to submit these men to torture...Withdraw your prohibition and we grant you remission of sins

(Letter from Pope Clement V to King Edward II of England. Regestum Clementis Papae V, nunc primum editum cura et studio Monachorum Ordinis S. Benedicti, (Rome, 1885-92) year 5, no. 6670, pp 84-6. . The English translation is quoted from G. G. Coulton, Medieval Panorama, (CUP, 1947) p 380. Clement was asking for the Templars to be taken to Ponthieu, in Edward's French territories, where the Inquisitors could work normally. It seems likely that the Inquisitors could not get the results they wanted in England because the civil authorities were insisting that the rules be followed, and that the tortures applied should not cause permanent injury or violent effusion of blood. These rules were routinely ignored in France, and nearly all French Templars either died under torture or else confessed to charges put to them. For a full account of this whole sad business see Barber, The Trial of the Templars, especially pp 197-199. )

In the seventeenth century James Felton defied Archbishop Laud's threats of torture on the rack and the matter was referred to the courts. As a result the common law was confirmed and torture was definitively declared to be unlawful in England. In 1689 the Bill of Rights explicitly prohibited its use, so now it was banned by statute as well.

Elsewhere, torture was a favourite method of extracting confessions for offences both real and fabricated. Its use was explicitly sanctioned by Pope Innocent IV in 1252 in his bull ad extirpanda. Inquisitors and their assistants were permitted to absolve one another for applying torture. It was applied liberally to obtain whatever confessions were required, and sometimes just to punish people that the Church authorities did not like.

The voices raised against the use of torture were all secular. Early critics like Juan Luis Vives, Johann Graefe and Montaigne were regarded by the Church as its enemies. In 1740 Frederick the Great abolished torture in Prussia and around the same time Voltaire lent his voice to opposing the use of torture in France, where Churchmen were still intent on torturing and killing people for trivial offences like those of the Chevalier de la Barre).Despite the opposition of the Churches, secular powers succeeded in abolishing torture: in Italy in 1786, in France in 1789, in Spain in 1812, and so on. The use of torture by Inquisitors was nominally banned by Pope Pius VII in 1816, but a blind papal eye was turned to its continued use for another twenty years or so.

Paschal I (pope 817-824) blinded his opponents before beheading them. He was made a saint. Hadrian III (pope 884-885) was also keen on blinding his political opponents and once had a woman whipped naked through the streets of Rome. He too is now a saint. Over the centuries the Roman Church tortured, flogged, branded, and killed countless thousands of people, many of them for crimes which no longer exist. Mutilation was a common punishment throughout Christendom. For example a Crusader who struck another and drew blood was liable to have a hand chopped off. Other offenders suffered the removal of limbs, or of the nose, ears, lips, tongue, or genitals. Branding was used to disfigure bodies, arms, hands, cheeks and foreheads. Penitent heretics were branded with a cross. A fray-maker in church might expect to be branded with the letter F, and a blasphemer with the letter B.

Bishops' courts in England passed sentences of whipping and branding even on their own clerics. The great English saint Thomas Becket was one of many who had recourse to the branding iron .

For many centuries Christian missionaries secured conversions by offering a choice between adopting the Christian religion and instant death. By the late Middle Ages this was seen to be a little harsh. Christian missionaries now routinely used torture to secure converts and to punish those who did not live up to requirements. Such practices had been assumed to have been abandoned during the Enlightenment, at least by Protestants, but a flurry of cases were exposed in Victorian times. In 1880 it was disclosed that a Free Church of Scotland mission to Nyasaland maintained a pit prison in which a man had died after receiving two hundred lashes. It turned out to be common for people to be given a hundred lashes, and sometimes salt was rubbed into their open wounds. A few years later a Nigerian woman died having had red pepper rubbed into her wounds after a beating. Such cases caused a scandal among European sceptics. Churches became more cautious about their methods, but such techniques may well have been used into the twentieth century.

While the Church held sway, it supported all manner of absurdity and horror. It was the custom for Christian teachers to punish a servant lad when a royal pupil had misbehaved. (This is the origin of the term whipping boy.) As long as someone suffered, justice was somehow thought to have been done. Such an inequitable concept was comfortably accommodated within the Church. Corporal punishment has always featured strongly in Church Schools until recent times, but it was not confined only to schools. When society shared common Christian mores corporal punishment was widespread: it was practised extensively in Christian seminaries, monasteries, convents, orphanages, mental hospitals, armies, navies, prisons, and homes. Sentences of corporal punishment were handed down by courts in England until 1946. Birching was practised in British prisons until 1968.

For more than a thousand years Christianity set the standards. During that time many suffered physical abuse. Prisoners were tortured in Bishops' torture chambers. Noses were split, ears cropped, tongues bored, backs whipped, foreheads and cheeks branded, limbs crushed or cut off. And it was not only prisoners who suffered. Slaves were thrashed to death. Uncooperative potential converts were physically coerced. The insane were tortured by monks and nuns. Christian parents beat their children. Christian Schoolmasters beat their pupils. Christian husbands beat their wives. Canon law specifically permitted wife-beating, so it took place at level of society. All this has changed through the gradual adoption of secular ideas, and the Churches have now ceased to oppose such changes. Now we learn from the mainstream Churches that Jesus has always been against all kinds of beastly behaviour, and that the correct Christian view is similar to that of modern liberal social workers. 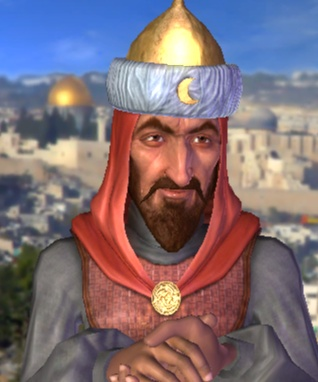 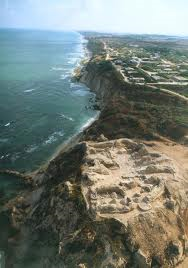 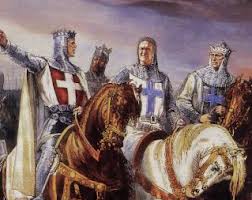