Jesus as the Messiah

The word CHRIST is derived from the Hebrew word Messiah, Arabic-Masih. Root word m-a-s-a-h-a, meaning to rub, to massage, to anoint. Priests and kings were anointed when being consecrated to their offices. But in its translated, Grecian form "CHRIST", it seems unique:befitting Jesus only. The Christian has a knack of transmuting baser metals into shining gold. What he is wont to do is to translate names into his own language like "cephas" to Peter, "messiah" to Christ. How does he do that? Very easily MESSIAH in Hebrew means anointed. The Greek word for anointed is "christos". Just lop off the 'os' from christos and you are left with christ. Now change the little 'c' to a capital 'C', and "hey, presto!" he has created a unique (?) name! Christos means ANOINTED, and anointed means APPOINTED in its religious connotation. Jesus (pbuh) was appointed (anointed) at his baptism by John the Baptist, as God's Messenger.Every Prophet of God is so anointed or appointed. The Holy Bible is replete with the "anointed" ones. In the original Hebrew - made a "messiah". Let us keep to the English translation - "anointed." Not only were prophets and priests and kings anointed (christos-ed), but borns, and cherubs and lamp-posts also.

I am the God of Beth-el, where you ANOINTED a pillar.....

If the priest that is ANOINTED do sin....

And Moses....ANOINTED the tabernacle and all things that was therein...

...THE LORD SHALL....EXALT THE HORN OF HIS ANOINTED

Thus saith the Lord to his ANOINTED to Cyrus....

Thou art the ANOINTED cherub....

There are a hundred more such references in the Holy Bible. Everytime you come across the word ANOINTED in your English Bible, you can take it that that word would be christos in the Greek translations, and if you take the same liberty with the word that the Christians have done, you will have - Christ Cherub, Christ Cyrus, Christ Priest and Christ Pillar, etc.

SOME TITLES EXCLUSIVE
Although, every prophet of God is an ANOINTED one of God - a Messiah, the title "Masih" or "Messiah" or its translation "CHRIST" is exclusively reserved for Jesus, the son of Mary, in both Islam and in Christianity. This is not unusual in religion. There are certain other honorific title which may be applied to more than one prophet, yet being made exclusive to one by usage: like "Rasul-lullah", meaning Messenger of God, which title is applied to both Moses (19:51) and Jesus (61:6) in the Holy Quran. Yet "Rasul-lullah" has become synonymous only with the Prophet of Islam among Muslims.

Every prophet is indeed a FRIEND OF GOD, but its Arabic equivalent "Kha- lil-lullah" is exclusively associated with Father Abraham. This does not mean that the others are not God's friends. "Kalimul-lah" (One who spoke with God) is never used for anyone other than Moses, yet we believe that God spoke with all His Messengers, including Jesus and Muhummed (May the Peace and Blessings of God be upon all His servants). Associating certain titles with certain personages only, does not make them exclusive or unique in any way. We honour all in varying terms. 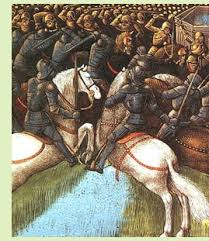 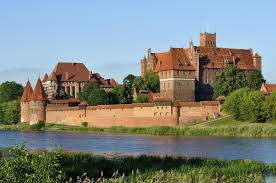